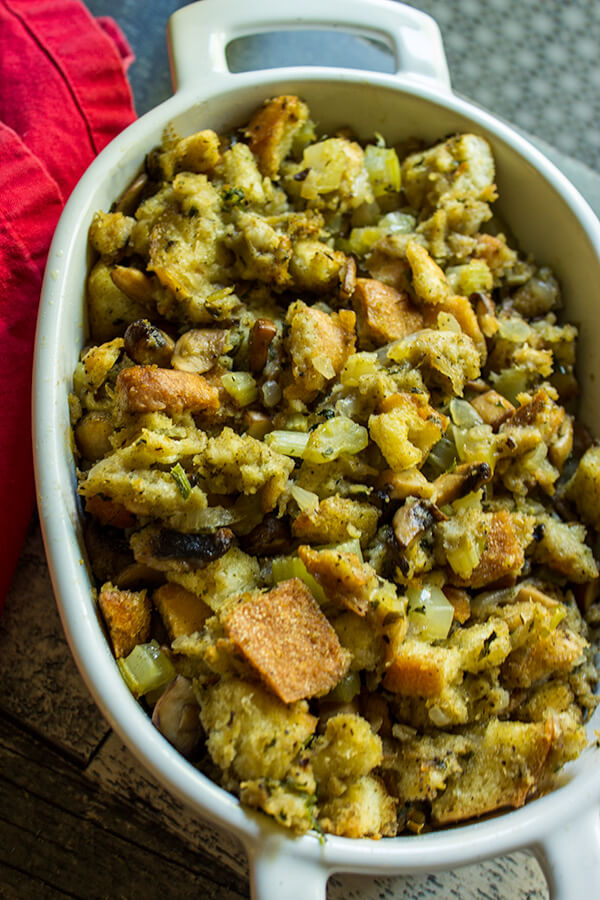 Growing up stuffing was always a major part of any Thanksgiving and Christmas turkey dinners and was pretty much a mandatory side dish.  My Mom made the best stuffing and always cooked it inside the bird. I have been doing my stuffing outside the bird for a while now, and I have found that at pretty much at every holiday gathering that involves turkey that you are always going to have a vegetarian or two.  So I found a need to create a Vegetarian Stuffing that makes everyone happy.

This Vegetarian Stuffing uses a great blend of mushrooms, celery, onions and traditional spices, and baked as a casserole alongside the bird. This stuffing has a very savoury flavour and I think is a great vegetarian version of a classic side dish.

One of the keys to this is using stale bread and of course – the butter. For those of you who want to make this vegan – you can definitely use vegan margarine, olive oil, or vegan butter.

I like to make this the day of the turkey so it served hot right out of the oven while it is still crispy on top. It takes about 45 minutes to bake so you can put it in close to the turkey finishing. This recipe makes about 8 cups of stuffing. 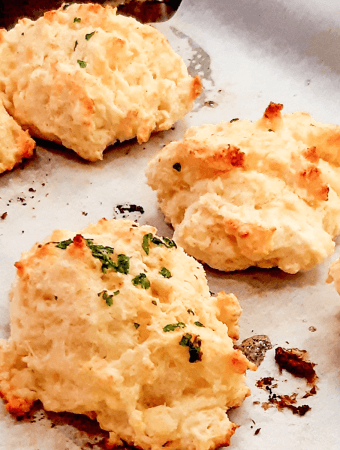 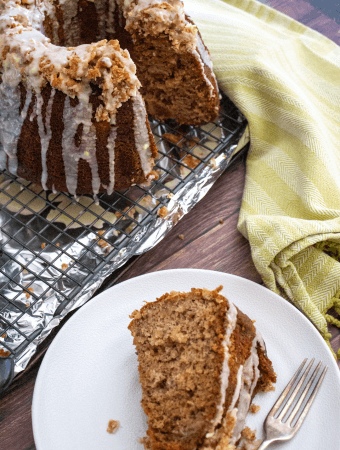 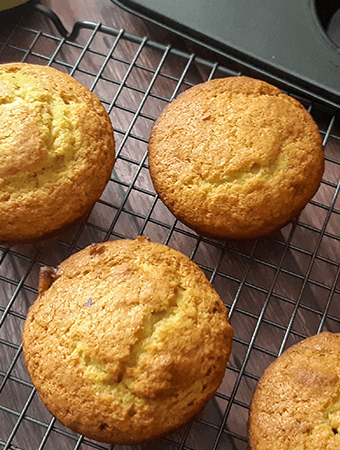